The lead single, ‘The Cost Of Living Is Killing Me’, is a seemingly bittersweet ode to the current economic climate, played out over an infectious rhythm influenced by the thumping soundsystem reggae of Jah Shaka. With Josh Waters Rudge casting a gritty Cockney spell with his credible rap style, complemented by the rich tones of the multi-talented Marcia Richards (keys, saxophone, flute and melodica) and vocal talents of drummer Jamie Kyriakides, the track delivers topical lyrics that will appeal to listeners across the spectrums of pop, ska and grime. Second track ‘Break Me Down’ is more nostalgic in feel, with vintage/’69 reggae vibes tinged with the raw tones of UK hip-hop. A collaboration with London-based rapper and guitarist Jovel aka Random Impulse, the uplifting harmonies epitomize the sunny sound of summer. ‘Broken Hearted’, the third and final track, is best described as ‘Jamaican dancehall-influenced party pop’, with an undeniably feel-good vibe that perfectly showcases The Skints’ ability to transcend genres.

Watch the video for The Skints ‘The Cost Of Living Is Killing Me’ below. 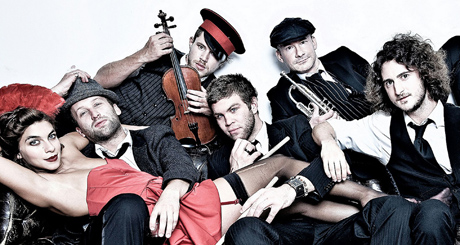