By Outpost MediaNovember 24, 2014 No Comments

Spotify and the future of streaming: does one size fit all?

Taylor Swift’s recent decision to snub Spotify when it came to releasing her new album, ‘1989’, and subsequently to pull her entire back catalogue from the service, has been deemed everything from ‘anti-streaming’ to a ‘shot in the arm for feminism’, but one thing is for certain: it has sparked considerable debate on a much wider issue.

That issue is the very nature, and future, of music consumption as we now know it.

The reason behind Swift’s move, spearheaded by her label Big Machine, is the existence of the streaming service’s free tier, which allows users to access music without paying a penny, therefore arguably giving fans no incentive to invest. Swift herself reportedly sees Spotify as “a grand experiment” – one which she is unwilling to risk her life’s work on when she doesn’t feel the service fairly compensates those involved in the making of the music, in spite of her reportedly being on track to earn upwards of $6 million from Spotify this year alone.

Spotify has repeatedly come under attack regarding how streaming royalties are declared and shared out to artists.

According to CMU, “Spotify has now paid out $2 billion to the music industry since launching in 2008, $1 billion of that in the last year.” Spotify boss Daniel Ek has come forward to confirm rumours that “Spotify now has 50 million active users, 12.5 million of whom are paying subscribers.”

Yet Spotify has repeatedly come under attack, most recently from Bono, regarding problems with how streaming royalties are declared and shared out to artists once the money has left the bigwig’s bank account. This is a problem perhaps soon to be shared by SoundCloud, the second biggest streaming service after YouTube, who recently made a significant step by signing a licensing deal with Warner.

A platform initially aimed at creators, Soundcloud has arguably given birth to some of the best electronic producers in recent years and has paid no royalties to artists since its inception in 2008. The new partnership, however, will see Warner labels paid royalties for the first time: a deal made possible by SoundCloud’s decision to introduce a subscription service next year, which will generate revenue along with advertising that will be seen by non-paying users.

So are Spotify really the only bad guys here, if indeed they are bad guys at all? Singer and activist Billy Bragg has stepped up on social media to accuse Swift of taking the side of YouTube, who, in the coming weeks, will be rolling out Music Key. A subscription service that allows users to stream ad-free music videos, and download them for offline use, the monthly fee for the service will also provide membership to Google Play All Access, the firm’s pre-existing song download facility. This is a service that is set to pose a challenge to Spotify, Rdio, Beats Music and other audio-only “unlimited” music services – and it will allegedly also offer listeners a free service alongside a premium subscription tier. Arguably “the greatest threat to any commercially based streaming service”, Bragg suggests artists should be removing their material from YouTube, not cosying up to it.

Perhaps the point here is how the industry can help educate post-torrent generations to subscribe to music services instead of downloading music illegally – and surely, no matter the limitations of streaming, it’s the lesser of two evils. Adele’s manager Jonathan Dickins has backed streaming services like Spotify as the future of music, but he makes a fair suggestion when he warns the company may need to change its policy of insisting all albums be made available on both its free and premium tiers.

While most artists earn only modest sums from streaming, it’s never going to be the most lucrative source of income for struggling musicians: and yet streaming services are essential for acts wanting to be discovered in the first place.  With successful, current artists enjoying an income structure that, according to manager Jeff Jampol (The Doors, The Ramones) sees “60-65% come from tickets, 15-25% from tour merch, 10-15% from publishing, 2-4% from ancillary and 2-4% from record sales”, getting listeners on board is the first hurdle, and making your music as widely available as possible is surely the primary logical step.

For someone like Taylor Swift who doesn’t need to be discovered, Spotify isn’t a necessity, but for an emerging artist it is key – such as for acts like Breton, who recently appeared on BBC’s ‘Newsnight’ to discuss how they have adjusted to the new economics in the industry. Instead of looking to streaming and downloads for their revenue, they see these essentially as a ‘shop window’ for their live shows. Ultimately, through ‘suggested music’ options on services like Spotify and SoundCloud, fans can discover new artists that otherwise may have remained unknown to them, which ultimately leads to a higher probability of ticket sales, publishing and merch purchases.

In the words of Dave Grohl: “You want people to fucking listen to your music? Give them your music.” 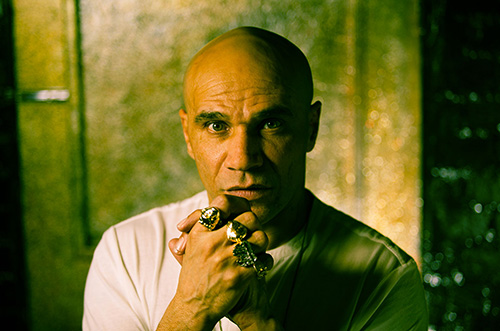