After a frantic few hours tying up loose ends in the office, and a few further hours travelling and settling in to Brighton, the bulk of the Outpost team headed over to the Jubilee Gardens for an initiation with a few welcome drinks. Keen to get stuck straight into the spirit (no puns intended – sadly, the supposedly free Jack Daniels was a no-show), we wandered around, soaking up the atmosphere and catching a few up-and-comers at an alternative showcase at Sticky Mike’s Frog Bar.

Serious work began the following day, however – armed with our patchwork diaries we hopped between meetings and gigs, slowly but surely filling a slew of coffee shop loyalty cards. Dutch electronic duo Tears & Marble were an early highlight at The Queen’s Hotel, before we caught up with a few old faces at the Windish Agency drinks reception – shout out to the reps from Rough Trade and Fat Cat Records – and AIM social.

Hip-hop was the flavour of the evening, with Fed catching up with the Ninja Tune crew, before heading over with the rest of Outpost to The Komedia to catch The Lytics play their infectiously energetic show. Suitably pumped, we hit a rammed gig at The Prince Albert, courtesy of London-based duo Ivy & Gold, before closing off the night with office favourites Mumdance and Novelist.

Early doors the next morning for more meetings and a beautiful showcase from Yucatan Records – we were particularly impressed with Blanco White’s stunning flamenco guitar. We all managed to catch up with latecomer Sam later on at The Fishbowl to see grunge-pop group Dios Mio, before a slight change of pace came with Norwegian singer Siv Jakobsen. Sitting somewhere between Joni Mitchell and Laura Marling, she even threw in an inspired cover of Britney’s ‘Toxic’ – a welcome curveball.

Elsewhere, Mel was busy building international friendships at the reception hosted by the large Canadian contingency at The Great Escape. Cheese and wine buffets seem to speak a universal language, given the fantastic mood among the delegates. Meanwhile, Fed sat in line to catch a sold-out show from Kuenta I Tambu – a wait that proved well worthwhile. Then it was on to the Believe Records showcase, where we checked out the likes of Age of L.U.N.A., Club Kuru, Meadowlark and Fyfe, while Sam caught up with old friends Slaves for a filmed cameo appearance on the seafront.

We parted ways before dinner, with Mel hitting the French Export party (predictably more wine and cheese), and Sam and Marietta catching Kent-based ‘dirty pop’ group Get Inuit as part of Alcopop Records’ showcase, while Fed accidently ended up in a to-be-aired video interview as part of the M for Montreal Festival (Canadian heads, watch out). Kiko Bun brought us back together, with his tropical dub summer slammers almost making it feel like we were abroad. Almost.

We ended the week with a couple of highlights: first up was Cash & David at a packed party hosted by The 405. Not knowing exactly what kind of live experience to expect from Liz Lawrence’s new project, the band really impressed us with their own brand of electro pop. The finale of the night then came from Icelandic band Vök, who we’ve been following for a while at Outpost – seeing them progress from their humble beginnings to filling The Brighthelm at The Great Escape marked a fantastic end to the week for us. Bring on TGE 2016! 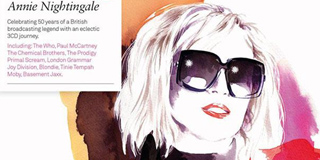