By Outpost MediaFebruary 26, 2013 No Comments

Social media is now an incredibly important tool for communication both when things are going well and when crisis hits. Twitter and Facebook will often be the first port of call for both the public and the media seeking updates on incidents. If those updates aren’t there, they’ll draw their own conclusions or find them elsewhere.

When things go wrong, a festival can face hundreds of tweets about issues such as over-crowding, a shutdown, or a slow evacuation. On many occasions, however, none comes from the official Twitter feed.

If a festival says nothing, a stream of misunderstandings, unverified updates, and untruths spread through tweets from people both on and offsite. A journalist at the event can became a key source of information, despite only being there as a festivalgoer and having no more access to official updates than anybody else.

Large scale events are also a slave to the weather and knock-on effects such as traffic jams can create havoc.

In these situations, any statements and advice issued via Twitter can be pushed down the feed by regular updates extolling what a great time is being had by all who have managed to get on site. For those still stuck and looking to Twitter for official information, this can serve largely to antagonise them. A situation then develops where those people then tweet themselves and speak about their complaints.

Often, the problem can be that the wrong people are operating events’ social media accounts. In many cases, the ‘social media strategy’ is simply telling interns to go out and keep people updated on how much fun they’re having. But an intern is not qualified to deal with logistical queries or complaints – which may come at any point during an event – nor manage information flow when major problems arise.

All events have plans and systems in place for when the unexpected happens, but social media is not always considered within this. If the public and the press can’t see that something is being done, the fast pace of information online means opinion of an event can quickly turn.

1. Designate a social media manager
The moment something goes wrong, someone with the authority to speak for you should be able to take over or direct social media updates.

2. Provide clear information promptly
Make it clear that you know that something is wrong and that you are dealing with it as soon as possible, even if it is not immediately possible to go into details. Removing any content from your website that might no longer be suitable is something to consider.>

3. Ensure that important updates aren’t lost
When you need to relay important information, ensure that it’s at the top of your social media feeds for as long as possible. This could mean pinning it to the top of your Facebook feed or ceasing all other updates completely.

4. Know when to stop being positive
A continuation of point three, but it’s important to know when positive updates about what’s happening at your event should stop, even if only temporarily.

5. Address rumours quickly
Rumours will spread fast at a festival, especially if people don’t have up to date information from its organisers. Monitor the spread of rumours both on and off site and address them promptly. Without an official message early on, rumours can be picked up by official news sources and become a lot more difficult to address further down the line. 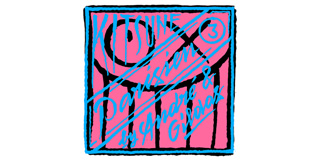