The surviving members of The Doors famously became embroiled in a dispute in 2002 over an offer of $15 million to use their song Break On Through (To The Other Side) in an advert. All were game except drummer John Densmore, and an agreement dating back to 1970 requiring unanimous decisions on any business deals relating to the band meant it couldn’t go ahead.

Justifying his decision, Densmore said that the band’s music was too important to their fans, and to him as well, to simply hand it over to some company. However, keyboard player Ray Manzarek was of an entirely opposing view, pointing out that, despite Densmore’s protestation that frontman Jim Morrison wouldn’t have approved, the singer always wanted his words to be heard by the largest number of people possible.

Although such deals are commonplace, some artists are still left wondering if they should take that money at all. Is it ‘selling out’?

Of course, the music industry of 1970 is very different to the music industry of 2012. As revenues from record sales fall, brands are increasingly stepping in to take up some of the slack through numerous partnerships with bands. Although such deals are commonplace, some artists are still left wondering if they should take that money at all. Is it ‘selling out’?

Ultimately the answer to this question lies entirely with each individual artist. However, if we re-examine the case of The Doors, the question is not necessarily ‘was Densmore right to refuse?’ but ‘were his bandmates pinning their hopes on the wrong deal?’

Bands (and brands too) just need to know that a partnership will be of benefit to them beyond the financial.

Densmore clearly feared that the Cadillac deal was weighted too heavily in the company’s favour. As a straight ad sync deal, The Doors would get a boost to their finances, but the brand would have gained an apparent endorsement from a well-known band, whose target audience are likely to also be Doors fans already. However, it is more than possible to work with a brand and retain your integrity. Bands (and brands too) just need to know that a partnership will be of benefit to them beyond the financial.

Record labels bring more to the table than that, and so can brands.

This should really be true of anything a band does – no band would ever sign a record deal stating that they’d receive nothing but a cut of record sales income. Record labels bring more to the table than that, and so can brands.

The first things a band should consider are the same that any brand does before approaching an artist – who are the audience for the partnership and will people believe that there’s a genuine appreciation on each side?

For a brand, a band’s fanbase is likely to be one of the attractive things about them, so would being heard by the brand’s customers be equally attractive?

This applies to straight sync and sponsorship deals, but increasingly brand partnerships are allowing new levels of creativity and innovation into the mix, which can be of huge benefit to the artist. Sticking with the car theme, Faithless’ 2010 partnership with Fiat saw the video for their track ‘Feeling Good’ double up as an advert for the car manufacturer’s Punto Evo, and was played in TV ad slots – in a world where music programming on terrestrial TV channels is rapidly shrinking, this was an invaluable opportunity to put a music video in front of a large, targeted audience.

More recently brands have helped to take projects in other new directions too. Boiler Room is a globally recognised name amongst dance music fans, an online radio show taking its cues from pirate radio and bringing DJ sets from a range of underground and more established electronic artists.

Umbro sponsored a five a side football tournament between some of the leading underground record labels, including Numbers, Young Turks, Hotflush and R&S Records. Named “FIVES” by the Boiler Room in 2011 this has since developed into “Boiler Room FC”, a new on and offline community for fans of football and music.

There’s a real balance in the benefit to both Boiler Room and Umbro here, with the former able to attract a broader audience for its core content and Umbro able to tap into Boiler Room’s committed fanbase. Also, there’s a pay-off for bands too, because Umbro’s investment in Boiler Room ultimately means that the site can continue to broadcast and promote DJ sets by some of the best rising artists out there.

More simple, but similarly beneficial to all involved is Tiger Beer’s Hidden Depths project, in which it showcases some of the UK’s best record labels. In June the company celebrated Hyperdub with a live show at Koko in London, featuring a line-up including Kode 9, Laurel Halo, Cooly G, Scratch DVA, and DJ Rashad & Spinn. For the night it was ensured that Tiger Beer was the only beer available at the venue’s bars plus some branding around the building, but it’s still a fairly unobtrusive form of sponsorship.

It’s this balance that is key to successful brand partnerships, and what has fuelled artists’ increased willingness to get involved with them more frequently in recent years. If both sides know what they want and how they want to achieve it, such deals can provide hugely positive effects and uncover the new ways of working which may shape the future of the music industry. 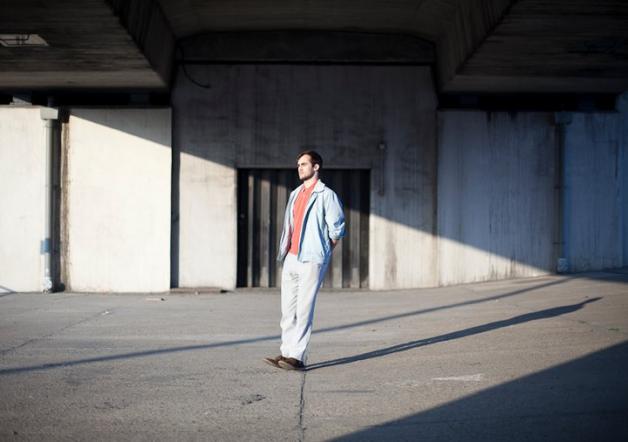