We had the pleasure of being invited to Roskilde Festival this summer, and – being one of the only established non-profit festivals – we just had to go and see how the Danes do it.

The comparative ease of travelling to Roskilde was the first thing to hit the Outposters – a one hour’s flight from Gatwick to Copenhagen followed by a thirty minute train ride to the town of Roskilde. Already excited about what to expect, we sat next to a gentleman sipping from a miniature liquor bottle (whilst holding another three unopened), which transpired to be the Danish version of Jaeger, weighing in at a solid 44%. He was also on his way to the festival – for the 27th year running. When asked what it was about Roskilde that makes it so special, he replied: “For me it’s like Christmas” – perhaps it was the fumes from the booze, but we were sold!

Upon arrival at the station we were greeted by an array of friendly Roskilders who helped us on our way to the site (only a fifteen minute walk): door to door, we are convinced it takes both less time and stress than the ever ominous Glasto journey.

Armed with our festi goodie bags (including a hip flask!) we set off to explore our adventure park for the next three days.

Beautiful weather, stellar people and a musically diverse programme made for an undeniably alluring atmosphere. Although here to embrace the international feel of the festival, we couldn’t help but be drawn to Florence and the Machine on the main stage. A shoeless red haired raven with the ability to command a festival stage like no other, she even jumped into the crowd at times to encourage a spot of surfing. What a way to start our Roskilde experience!

Other notable stars of our first evening were the indescribable Die Antwoord and a closing performance from Hot Chip – in our eyes, in a festival setting, they can do no wrong – before sleep deprivation set in and it was off to bed.

With the sun beating down, the tent the next morning fast became inhospitable, although having a shower and a supermarket so close gave us the best of both worlds. A shot or two of the Danes’ liquor and we were ready for round two, complete with a growing clan that included two Danish fashionistas, an Israeli blogger, a Norwegian DJ and a couple of Polish beauties.

First on the agenda was the Icelandic sound of Kippi Kannius – a mesmerising concept which even included an original Sugarcubes member – quickly followed by a visit to the enigmatic Gaslamp Killer. Team Outpost took no time in introducing the ‘Experience’ to our new friends, with a cacophony of jazz, violin, preaching and beats filling the tent and quickly our hearts.

On a high from GL and looking for our next fix, we stumbled upon Kate Tempest, and although the beats kept us there, ultimately we found the performance underwhelming and opted to finish our night with crowd pleasers Disclosure. A controversial ‘Main Stage’ placement, in spite of their undeniable international support, unfortunately their performance for us was a little lacklustre too.

All showered and fed we started our final day with some tried and trusted reggae beats from Barrington Levy, a perfect way to soothe our lethargic ears: with the rays beating down, we were certainly feeling the love. Nicki Minaj was up next – and, having always wondered what the fuss was about, we stayed. We saw. We loved. A lady who can rap, sing and dance – all in heels? We might just be converts.

Flying the British flag, we popped our heads in to see Paul McCartney and his signature guitar strumming, but while it ticked The Beatles box it wasn’t one for us – Linda and her veggie sausages are still the favourite McCartney.

A constant theme running through the festival was its focus on international music, especially African sounds. A five hour set from Africa Express was the buzz of Roskilde: who were going to be the special guests? What was going to happen? And boy, did we pick the right time to have a gander – catching Outpost favourite Fatoumata Diawara, followed by Kwabs. Filled with energy and smiles, the tent was difficult to leave, but Jamie XX was beckoning…

Making the pilgrimage to the Apollo stage (outside the main festival area and through the camping site), it was like discovering a whole new event. With techno head Dixon still in full flow, we settled into our new environment and waited in anticipation for the man of the hour – and he didn’t disappoint. The lights, the song choices, the atmosphere he created…we hugged our new friends and felt that classic festival bonding experience. The morning sun started to rise, the fireworks lit the skies and we headed back to our tents elated.

Thank you, Roskilde – you were beautiful. 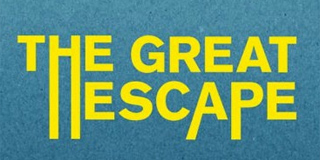