By Outpost MediaNovember 6, 2015 No Comments

With the promise of Christmas not far on the horizon, the final weeks of 2015 are shaping up to be an exciting period for Outpost, with a bulging roster of releases from some of our incredible artists in an eclectic range of genres, as well as numerous live performances across the country.

To top it off, we are also delighted to announce that we have received a nomination in the Best Music PR Company category at the 13th Annual European Urban Music Awards, taking place on Saturday 21st November 2015 at Bayswater’s Porchester Hall. Outpost is amongst some of the biggest names in the music industry nominated for awards, with Tinie Tempah, Katy B, Fuse ODG, Stormzy and Rita Ora all tipped to be the front runners in their respective categories. With almost 200,000 fans submitting nominations this year, we are honoured to have been shortlisted, and would love to have your support! Voting runs over at http://urbanmusicawards.net/united-kingdom/voting/ until 15th November.

Berlin-based alt-pop artist Sofi de la Torre’s ‘Mess’ EP continues to be a huge success, adding to her ever-swelling list of backers such as The Sunday Times by garnering additional support from the likes of i-D, Wonderland and The 405. Lead track ‘Mess’ has already racked up close to 300,000 plays on Spotify and was featured in their New Music and ‘Buzz’ playlists, whilst sultry new cut ‘London x Paris’ is receiving staunch support on the Hype Machine. November will see the long awaited release of the full EP, which will be celebrated with a special launch show at the world renowned Rockwood Music Hall in NYC on 19th November.

This month brings with it an eclectic country-wide STUFF. tour to celebrate the UK re-release of their eponymous debut album. The experimental 5-piece have received the backing of tastemaker and BBC 6Music DJ Gilles Peterson and BBC Radio 1’s Phil Taggart, as well as support online from the likes of Notion, Okayplayer, and Clash. The tour will see the group travel across Britain for 6 gigs, which includes performances at Brighton’s hottest new venue; The Joker, London’s legendary Servant Jazz Quarters, and culminating in a show at Liverpool’s legendary Kazimier.

November 27th will see the hotly anticipated international launch of Le Galaxie’s progressive synth-wave techno-pop album, ‘Le Club’. Pegged by Hot Press as ‘Ireland’s outstanding party band’, the build up to the release of their big-label debut has seen premieres on Clash and Billboard as well as features in M Magazine, The Life of Stuff and many more. The release will be celebrated with a headline show at Electrowerkz in Islington on 25th November.

November 20th will see the release of Italian trio Aucan’s highly anticipated debut LP on hot new label Kowloon Records. Already making waves around the world with their post-rock experimental-electronic tones, their debut album, ‘Stelle Fisse’ is truly an outer space opus. With lead track ‘Disto’ having already premiered on Clash, the Yayamoto Kotzuga remix of the same track has been picking up posts from the likes of Twisted Male Magazine, Highness TV, Promo Magazine and on the Hype Machine.

South-East London based electronic label and artist collective squareglass are currently celebrating their hugely successful first year, which has seen releases endorsed by the likes of The 405, i-D, DIY, XLR8R, Notion, Dazed and Clash, with a boutique limited edition 7” square vinyl series of cherry-picked releases in the four different colours of the squareglass logo. The release includes Bunki’s ‘SKTCH’, the visuals for which premiered earlier this year on Complex UK, as well as a number of intra-label mixes, and a live video from former Guardian ‘Band of the Week’, Semi Precious. They will also be celebrating their 1st anniversary with a special show taking place at the aptly named Birthdays in Dalston on 1st December, with Ballerino and Bunki performing alongside label-friends Emperor Yes! and Tryptych.

This month we have also been working with a number of other talented artists, such as Danish experimental pop singer/songwriter Kill J, who has seen huge success with the release of her new track ‘You’re Good But I’m Better’, which premiered on The Fader and reached No. 1 on the Hype Machine Most Popular chart, and No. 3 on the Twitter chart. Kill J also received plays on Huw Stephens’ show on BBC Radio 1, Amazing Radio and Mamiko Motto’s NTS Radio show.

Ugandan-born Nottingham-based singer/songwriter Daudi Matsiko, who has received praise from the likes of BBC 6Music’s Gilles Peterson and BBC Introducing, is releasing ‘The Lingering Effects of Disconnection’ EP, and New York based indie-rock group Loose Buttons, whose last release received premieres on Clash and Noisey, are preparing to release their new single ‘Crowded Room’. Meanwhile, alternative folk collective Snowpoet, whose debut EP received praise from the likes of Earmilk, 1883 and Louder Than War, have just released new single ‘Mermaid’ ahead of their debut album on Two Rivers Records in January 2016.

We are pleased to be working once again with BRNS, a mesmerizing Belgian experiment in dusk, dance and the fullness of sound, who will be embarking on a UK tour with gigs in London and Cardiff as well as a performance at Brighton’s inner-city festival, Mutations, where Le Galaxie will also be playing on 28th November. 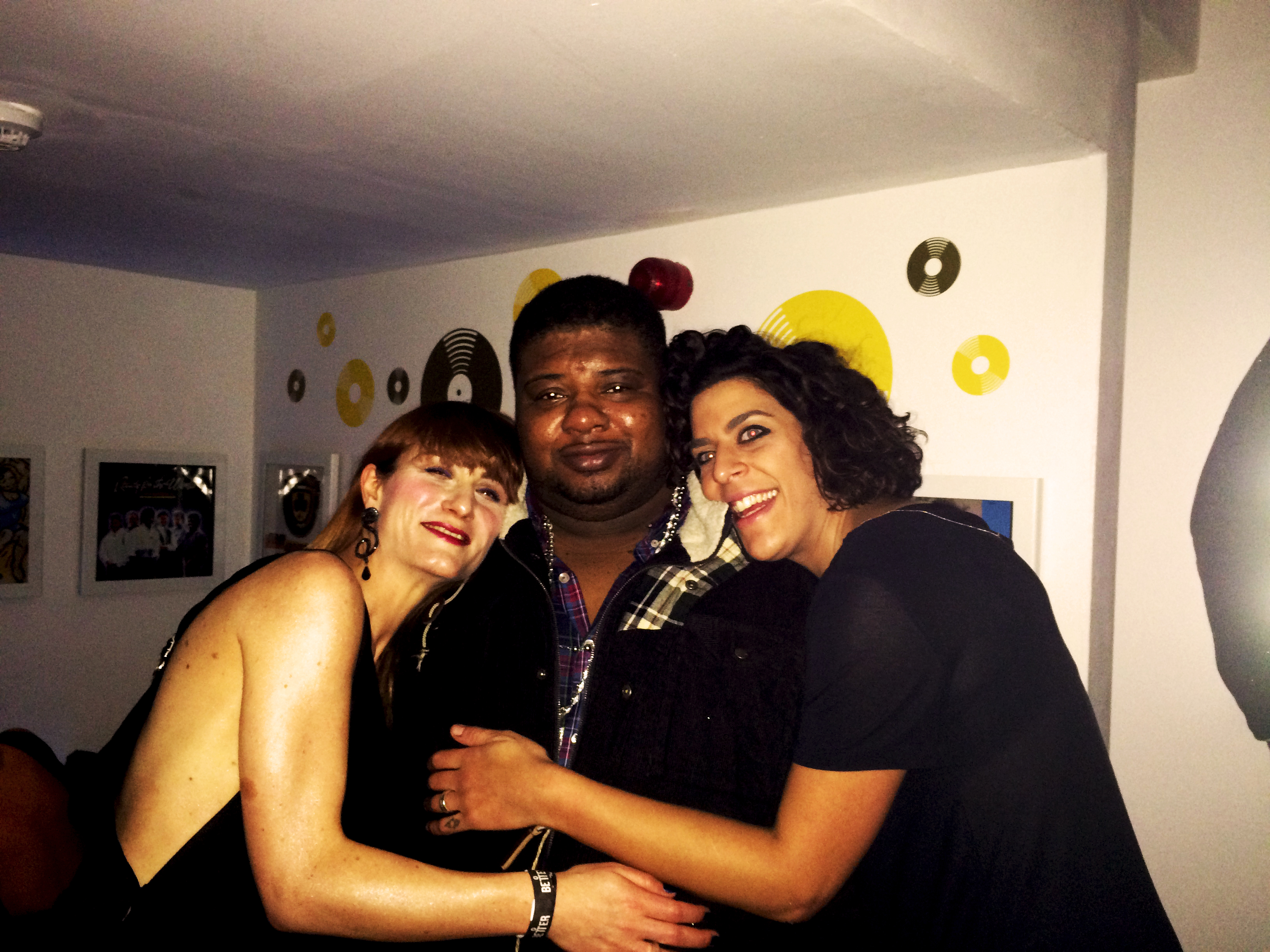