By Outpost MediaOctober 29, 2015 No Comments

Outpost Media is delighted to announce that we have been nominated for Best Music PR Company at the 13th Annual European Urban Music Awards!

Holding a reputation as the No. 1 R&B, Hip-Hop, Sound and Dance Music awards ceremony in the world, past winners in the artist categories constitute a who’s who of the industry over the last decade, including Amy Winehouse, Beyonce, Craig David, Lethal Bizzle, Shakira, and Adele.

Standing shoulder to shoulder with some of the biggest names in music, with Tinie Tempah, Katy B, Fuse ODG, Stormzy and Rita Ora all tipped to be the front runners in their respective divisions, being shortlisted for the award is the icing on the cake for us all here at Outpost as we celebrate our milestone 10th birthday this year.

The star-studded ceremony will take place on Saturday 21st November 2015 at Porchester Hall in Bayswater, and will be attended by media giants such as MTV, BBC News, ITN, The Daily Mail, Metro, Kiss 100 and BBC Radio 1Xtra, as well as being broadcast around the world and locally on London Live and Sky Showcase (Freeview Channel 254, Sky 261 and Freesat 402).

Celebrities from the music industry as well as comedians and TV stars will be in attendance, with last year’s guestlist including Dizzie Rascal, Mark Ronson, Ice Cube, Tinie Tempah, Jonathan Ross, Charlie Sloth and many more.

With almost 200,000 fans submitting nominations this year, you can cast your vote for Outpost at http://urbanmusicawards.net/united-kingdom/voting/ until 15th November. 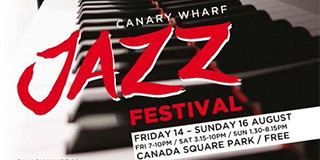