While the festive season is already fading to a distant memory and the new working year is in full swing, we’d like to wish you all a belated Happy New Year – hope your start to 2015 has been a good one.

Though the Christmas crackers are long gone, we’re continuing the celebrations this month as we mark a very joyous occasion at Outpost HQ: our 10th birthday! It’s an anniversary that has given us time to reflect on some of our proudest moments, the campaigns that have exemplified our philosophy, made a name for us, and kept us breaking bands and making brands since 2005.

Highlights of the Decade

We’ve had the pleasure of working with a plethora of talented artists and iconic labels since our inception, but there are a few projects that have really stood out over the years:

Outpost began in January 2005 with Def Jux and Scenario Records retainers, a Foreign Beggars single and a Seanie T compilation CD with Puma. It was only a few weeks later that our first major retainer was won – !K7 – who gave us a constant flow of quality releases including the DJ Kicks Series. It was also around this time that we managed the press for Example before he was signed to Mike Skinner’s The Beats. Starting life as a printed press company, in June 2005 we expanded our services and introduced our online and radio departments. We were the first music PR agency to launch a dedicated online PR service, and it wasn’t long before the company’s expansion led us to relocate to Shoreditch, where we still reside today.

We have never limited ourselves to solely dealing with bands or labels and have worked with some of the world’s biggest brands over the years, including Coca-Cola, Calvin Klein, Red Stripe and O2. One of our most interesting projects was 2010’s Fiat commercial, which doubled as a music video for Faithless’ single ‘Feelin’ Good’. With a guest vocal spot from Dido, the innovative project was the first of its kind, airing Faithless’ new video as an extended 3 minute advert for Fiat. It was a subject of discussion on both BBC Two’s Newsnight and BBC Radio 4 as a groundbreaking prommercial that challenged and changed perceptions on the use of music in advertising and vice versa.

Check out the advert itself and read the NME feature here.

Covering everything from dnb, hip hop, electronic and house to world music and indie, we’ve been lucky enough to work with some of our favourite record labels over the years, including the likes of Warner, Mr. Bongo (which brought us the inimitable Hollie Cook and Prince Fatty), Ed Banger and Nervous.

One label we’re particularly proud to be involved with is the legendary British independent label Warp, who reached a milestone themselves recently when they celebrated 25 years in the business. Last year, we conducted a successful campaign for Nightmares on Wax’s double disc retrospective album ‘N.O.W IS THE TIME’, while back in 2007 we worked on an EP named ‘Reset’ from the phenomenal Flying Lotus. Meanwhile, 2011 saw us entrusted with Rustie’s debut album ‘Glass Swords’, which has subsequently been named as FACT’s best album of the decade so far – no mean feat!

Take a trip to Warp’s website and read about Fact’s album of the decade here.

We’ve worked on a number of great compilation series including Late Night Tales as well as the aforementioned DJ Kicks. Recently we have teamed up with Ministry of Sound to promote their Masterpiece series. A concept fronted by artists and DJs of the highest calibre, it’s an opportunity for these pioneering acts to curate a three disc musical journey depicting their own influences and inspirations which they can share with their fans. Having already completed successful PR campaigns for David Rodigan and Goldie’s Masterpiece contributions, we are now pleased to announce the imminent release of Armand Van Helden’s offering to the series.

Visit the Ministry of Sound website and read the Fact feature here.

Festivals and live nights provide a fun opportunity for promotion, and we’ve experienced the added perks of attending some fantastic events over the years, such as Big Chill, Flow Festival, Festibelly, Glade and Magic Loungeabout. More recently, The Hydra’s events have been an exciting highlight on our calendars. We have been supporting their uncompromising mission to collaborate with the finest artists, record labels and collectives from around the world, presenting them against a backdrop of superlative sound; bringing the very best underground electronic music to London’s doorstep. It has paid dividends: The Hydra now has Studio Spaces as a permanent home, and Resident Advisor reported that the Council have provided the venue with a license that will allow it to open for 24 hours on as many as 40 occasions in 2015.

A Word from our Founder

To digress from blowing our own trumpet for a moment, there are many people to thank for our success over the years – and for this, it seems only right to hear a few words from our founder David Silverman:

“We wouldn’t be here without all our clients and it’s firstly to them that we offer our heartfelt thanks for believing in us and trusting us with your music. To all the Outpost crew who have been part of our team over the years (not forgetting our lovely suppliers), and seen us through thick and thin, we equally owe so much to your diligence and hard work. With your help we have manoeuvred our way through the biggest music industry shift in living memory (and even a recession thrown in for good measure), and we’re still standing. We’ll continue doing things differently, we’ll continue to say ‘YES’ to the challenges ahead and we’ll continue to be brilliant. We wish everyone a very successful 2015 – look out for some party celebrations in the coming months. Keep the music playing, here’s to number 11.”

With a decade’s experience now under our belts, we’re pleased to have kickstarted 2015 on a strong foot, with more exciting campaigns and projects in the pipeline…

The Swedish urban-folk collective’s music has been receiving a great deal of support since they released new single ‘I’ve Got You’ late last year. The latest triumph for the band links them to the celebrated television series ‘Breaking Bad’, with a new trailer for its highly anticipated spin-off series ‘Better Call Saul’ featuring ‘Waiting Ain’t No Sin’, a highlight of the band’s upcoming album, ‘Drunktalk’.

It has been a fine start indeed to 2015 from prestigious French producer Yuksek’s label, whose signings YesYou and Get A Room! we are pleased to be promoting across online and radio. Yuksek himself released a rare remix of Lana Del Rey’s ‘Brooklyn Baby’ recently, which has already amassed well over 150,000 plays on SoundCloud and soared the Hype Machine charts.

Things are hotting up on the reggae horizon this month with the exclusive announcement that London-based upstarts The Skints have signed to the prestigious New York label, and are preparing to release their third album on 9th March. We’re thrilled to be working not just one, but two, campaigns with Easy Star, having just begun promoting New Kingston’s new album ‘Kingston City’, due for release on 23rd February.

Visit the Easy Star website and check out the Skints Clash premiere.

A while ago, Outpost made the decision to branch out from PR and add publishing and distribution arms to the company. Having weathered the storm of the turbulent economy, in 2013 we set our sights on raising the profile of our additional services and they’ve been flourishing ever since.

Ska-reggae collective New Town Kings are an Essex-based band of upstarts who emphatically blend old-school Jamaican rhythms with a fresh dose of UK- inspired ska. Described as ‘the best of Brit reggae’ by BBC 1Xtra’s David Rodigan MBE, the band have been with Outpost Publishing since last year’s EP ‘Pull Up & Rewind’. With album number three on the horizon and slots at the likes of Rebellion Punk Music Festival and Boomtown Fair already secured for the summer, it looks like a promising 2015 for New Town Kings.

Listen to New Town Kings on Soundcloud and visit their website here.

A very exciting new addition to the distribution side of the endeavour is the deal signed with Polyester Records. Polyester Records is an innovative independent London based label, founded and run by Spanish DJ/Producer Letizia Carrero since 2014. Polyester focuses on releasing a combination of quality Tech House, Deep House and Techno. They have an excellent upcoming release from label boss Letizia Carrero in collaboration with Sergio WoS, and EP named ‘Going Down’. The EP will feature a variety of remixes from the likes of Steve Murrell and Drakenberg and will be out 9th February.

The future certainly seems bright for Outpost, and after a decade of service, we hope to continue the quality of work we’ve become know for into 2015 and well beyond. 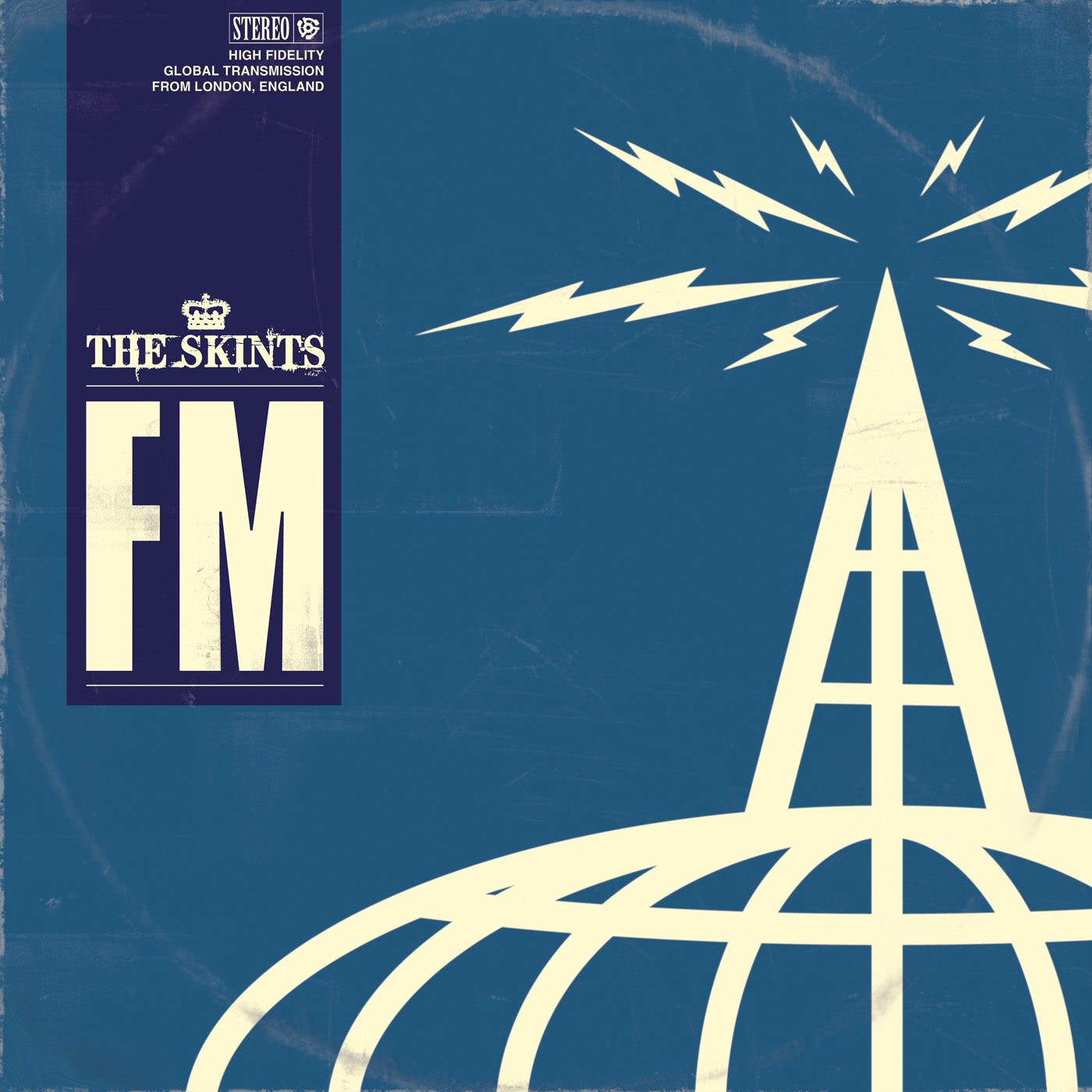