Outpost’s very own Managing Director, Mel Ruben, has been included as one of the ‘best of the rest’ in Music Week’s prestigious ’30 under 30’ feature. Mel, who joined Outpost as an intern back in 2011, has utilised 10 years of industry experience to man the tiller since 2014, when she was appointed M.D.

Her role has seen her spearhead campaigns for some of the biggest names in music, from David Rodigan and Goldie for Ministry of Sound’s ‘Masterpiece’ series, to rebuilding Craig David’s credibility though his ‘TS5’ series of parties in 2015 (a campaign which has clearly proved to be an overwhelming success). With her exhaustive list of achievements and successes, it is no wonder that Mel was tipped by Music Week as one of the rising stars of the music industry. 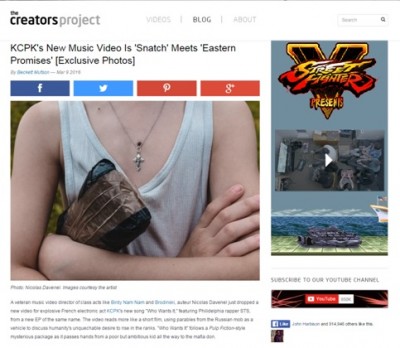 KCPK’s ‘Who Wants It’ features on The Creators Project

KCPK’s ‘Who Wants It’ features on The Creators Project