Summer is a’coming, and for Outpost that can only mean one thing: festival season. We’re kicking off the annual calendar with an action-packed trip to The Great Escape, where our clients will be representing from across the northern hemisphere. From the gritty realms of noise-rock to the enchanting world of chamber-infused post-punk, our artists have got something to float every boat. Give us a shout if you’re heading down!

Finland’s national festival Flow will be organising an exclusive event on Friday 9th May at the Brighton Dome restaurant for music professionals and the media in association with Music Finland, this year’s Great Escape lead international partner.

The event will include Nordic delicacies and drinks, an exclusive DJ set from flourishing Finnish act Jaakko Eino Kalevi, along with an exciting opportunity to win a ticket and travel package to the event this summer, which takes place from 8th-10th August.

Championed by the likes of Drowned In Sound and Artrocker, both of whom requested the Oslo trio to perform on their Great Escape stages, indomitable Norwegian noise-rockers Deathcrush are set to take the Brighton fest by storm.

Having recently scooped ‘Best Music Video’ at the Atlanta Film Festival for their latest offering ‘Lesson #16 For Beatmaster V / Fun’, and already renowned for their enthralling live shows, Deathcrush show no signs of slowing down. Their two performances at The Great Escape will form a part of their impressive 17 date UK tour in May, which will see them share a gruelling schedule of energetic shows across Britain with critically acclaimed US act White Denim, as well as playing a number of headline gigs.

The Beaches have also previously supported Kings of Leon and gained attention for their performance at this year’s SXSW. Currently embarking on a five date UK tour alongside the iconic Brody Dalle of The Distillers to celebrate the release of their 5th May EP ‘Heights’, their trip across the pond will culminate in an array of headline gigs in May, which includes a soon-to-be-announced appearance at The Great Escape. Watch this space!

London-based genre-defiers LazyTalk return to The Great Escape this year with their unique blend of Indie, Ska, Punk, and Drum ‘n’ Bass – a combination that has seen them tear up venues across the UK for the past two years, leaving a dedicated hometown following in their wake.

Having headlined London’s Scala, appeared at LeeFest and supported Babyshambles on their UK tour, as well as performed at Camden’s Roundhouse Rising Festival, the Lazytalkers have also released their latest single ‘Just A Ride’ – a rich, transitional tune that keeps on giving.

Harnessing the power of a 25-piece choir, a Glaswegian Balkan Brass Band, a classically-trained String Quartet and a veteran rhythm section blended with guitars and synthesizers (along with the occasional pot, pan and wine bottle) alternative orchestral ensemble Human Pyramids epitomize ‘stage presence’ in their unforgettable live performances.

Debut shows have included a magical appearance at London’s Union Chapel along with the headline slot at Manchester’s Carefully Planned festival, and their Great Escape performance promises an equally enchanting experience. 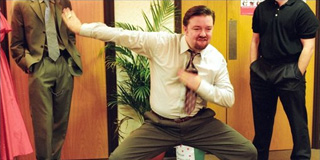