By Outpost MediaDecember 10, 2015 No Comments

Reggae favourites and Outpost clients Morgan Heritage have been nominated for one of the most prestigious awards in music – the coveted Grammy. The roots reggae quintet stand shoulder to shoulder with the likes of Luciano and Jah Cure in the running for the ‘Best Reggae Album’ category 2015, for their standout LP ‘Strictly Roots’.

The album, which features artists including platinum-selling dancehall phenomenon Shaggy (a previous winner of the award), Jamaican sensation Chronixx and previous Grammy nominee SOJA, received coverage on The Guardian playlist and saw Outpost secure premieres on Complex and Clash. It also garnered support from the likes of Q Magazine, Don Letts on BBC 6Music and plays across Capital Xtra, as well as support from BBC Radio 1Xtra DJs David Rodigan, Seani B, Trevor Nelson and MistaJam.

Past winners of the award include Ziggy Marley and the Melody Makers, Lee ‘Scratch’ Perry, Sean Paul and Damian Marley.

‘Strictly Roots’, which reached No. 1 on the iTunes reggae chart, is available for purchase from the following outlets: 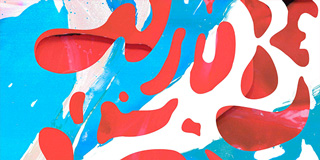