With the Game of Thrones heading into a new season excitement is at fever pitch, with that in mind – we have two of the stars Oona Chaplin (as a stripper) and Natalia Tena moonlighting in Molotov Jukebox’s music video for their latest single ‘Neon Lights’. Natalia Tena – a full time actress, who’s previously starred in Harry Potter, About A Boy and has three Hollywood feature films coming out this year also manages to front Molotov Jukebox – a band that blend an eclectic mix of genres, from calypso and reggae to jazz and pop. The ‘gyp-step’ six-piece will be performing at London’s iconic Heaven venue on 4th April with Oona and a few Game of Thrones co-stars supporting Natalia and her band. 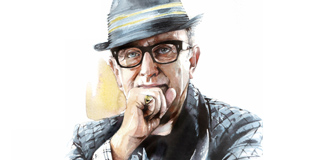