By Outpost MediaJanuary 15, 2013 No Comments

The album is a perfect emulation of the bands epic live credentials and translates their synonymous big band and hip hop sound. ‘Memory Banks’ is a memorable collaboration with the hypnotising songstress Babysol showing the softer side to Lazy Habits. Here her soulful lyrics compliment the jazzy brass section and splashy cymbals whilst creating a powerful juxtaposition to the outfit’s slick rhymes about modern life.

The infamous, ‘Starting Fires’ was controversially pulled from national radio playlists last year due to its untimely release marred by the London riots. This stand alone single fits seamlessly into the album with its infectious chorus, the band’s trademark lyrical wit and unique take on jazz and soul. Whilst ‘Bulletin’ grabs your attention from the start with frenetic brass and up-beat drums, MC Lazy’s accompanying vocals take centre stage. The song builds to panoramic proportions with cinematic strings working through the gaps lifting the live hip-hop beat.

Influenced by New Orleans jazz, soul and the Big Bands of the 50’s, Lazy Habits blast their sound into the 21st Century with hard hitting beats and slick lyrics about modern British culture and urban life. The band describes their sound as:

“Beats, Rhymes and Brass of the highest caliber.”

Formed in 2007 and originally the brainchild of one MC, the Hackney based outfit now stand as a full eight piece band whose onstage energy is a colossal live experience which has been sincerely replicated in their latest single.

Having notched up shows at legendary venues such as Shepherd’s Bush Empire, The Roundhouse, KOKO; supporting the likes of Mos Def, Soulwax, The Specials, Bonobo, Chali 2Na (Jurrasic5) and Beardyman, Lazy Habits have proven their worth on stage. Alongside Lazy Habits’ memorable live performances at Glastonbury, Bestival, Secret Garden Party and Electric Picnic the band are fast becoming a formidable and renowned international live act.

Lazy Habits’ debut, self-released EP ‘On the Wagon’ put the boys on taste-maker Huw Stephens’ radar, whilst also becoming respected within the underground scene, selling out on pre-orders alone. Their follow up single ‘Even Out’ introduced them to a wider audience, as it was used on commercially released cinema and TV productions both UK and Europe wide. It culminated in the band being invited onto BBC Radio 4’s Loose Ends, Craig Charles’ BBC 6 Music show, Soccer AM and contribute to an unforgettable sold out Jazz Café performance.

This is an album which truly is the sum of its parts; that in isolation no one but Lazy Habits would imagine could work, but their creativity and craftsmanship has forged something beautiful, frantic and unique.

THE SUN: ‘’The best house party your parents never wanted you to have.’’ BBC: ‘’Lazy Habits prove they are anything but on stage’ 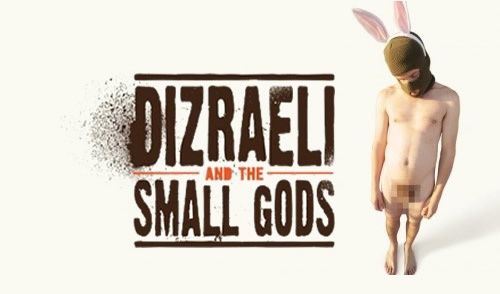