By Outpost MediaFebruary 19, 2013 No Comments

Without making a fuss, Kitsuné proudly wears its French heart on its sleeve. So it was logical for the Paris-based brand to launch the ‘Parisien’ compilation series (and the t-shirt range that goes with it) in collaboration with one of Paris’ best exports, graffiti artist and international hipster André who designs the artwork.

Following in the footsteps of the Kitsuné Maison compilations’ concept dedicated to presenting the best new artists from all around the world, the ‘Parisien’ series regularly showcase hot, fresh talent from Paris… and as it goes, the rest of France. No room for elitism here, simply the best new music from Gallic shores.

Call it the new French Touch or whatever you like, this is the new blood which is shaking the City of Lights in 2013. In 13 tracks, Kitsuné gives you the lowdown on what’s cooking around the capital and beyond. These days, many newcomers produce stylish electronic sketches from very little: cracked software and budget laptops. They are tomorrow’s important producers sharpening their knives in their bedrooms. It’s this perspective which makes “Kitsuné Parisien” such a invaluable document of the talent currently blooming in the capital. 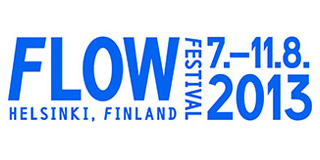