You can also read the original article over at the official PRS magazine –
http://www.m-magazine.co.uk/news/views/infinite-choice-who-reads-music-reviews-anymore/

The internet means that we can listen to more music than has ever been possible before. Complete albums are regularly made available for free streaming ahead of their release dates, and an internet connection is all you need to try out (legally or otherwise) pretty much any new release you’re interested in each week for free.

So, in this brave new world, what purpose do reviews serve? Why find out what some journalist thinks of a new album when you can just go and listen to it yourself and form your own opinion?

On the face of it, this certainly does make it seem as if markers and signposts for music fans are a relic of the past, a necessary guide to help you avoid spending 10 or 15 pounds on music that you wouldn’t be able to hear until you got it home. But this also assumes that the only reason people ever read reviews was to confirm the quality of a record they were already planning to buy. It’s certainly one reason, but far from the only reason.

Reviews (and music writing in general) provide a gateway into the world of music. Everything may be out there online just waiting for you to come and click play, but the desire to spend hours of your life sifting through endless new releases is one held by a very small minority. Most people are quite happy for someone else to do the filtering and seek out the best music available on their behalf. Why listen to ten sub-standard bands when someone else has already worked out that the eleventh is the one good one?

“Reviews are an essential filter – study two or three before buying, and you’ll have a decent idea of the quality to expect”, say Mike Diver, editor of the soon to be closed BBC Album Reviews website, and formerly editor of Drowned In Sound and Clash’s online content. In his four years overseeing the BBC reviews site, Diver has personally written over 500 reviews, as well as contributing to Kerrang!, NME, Rock Sound and more.

Diver continues, “Naturally, hearing for yourself is a great preview – but not all albums can be heard ahead of release, and just listening without critical commentary doesn’t provide some often fascinating background on the music you’re hearing. It lends weight, substance to the music, which is so often received for free. A great review can bring a record to life just as brilliantly as the sounds themselves, or the details of a sleeve, which of course are smaller than ever in this age of downloads.”

Also, the views of ‘experts’, along with the opinions of peers and actually listening to music, play a strong role in forming people’s musical identities. Reviews give people a language to use in relation to music. People want to listen to music that other people think is cool. The easiest way to find out what people think is cool or not cool is to read reviews. Alternatively, they may want to reinforce their dislike of an artist’s music – one star and five star reviews are always the ones that get the most reads. Or, indeed, people who have already made up their mind about an artist want their views confirmed, or at least to strengthen their views by disagreeing with someone else’s opinion.

“I wouldn’t deny that reviews and the role of the writer is different now,” says Robin Murray of Clash. “But I definitely don’t think that this role has been exhausted. The vast plethora of music available to fans is simply overwhelming. A filter system has to exist, and critics – people paid to sit outside the often tribalised fan system – are in a good position to do this.”

XLR8R.com’s Glenn Jackson agrees, “I think reviews are increasingly important. While they may not hold the same weight of widespread cultural importance that, say, a New York Times or Rolling Stone review did before the age of the internet, they do serve as one of the few sources of reflection within the modern music world. With the constant effort by all parties to push new content and music through the wires, taking the time to sit with and consider the role and intentions of a piece of music in a public forum seems increasingly rare and increasingly necessary to maintaining an avid and informed group of music makers and listeners.”

The same benefits that the internet has brought to accessing music allows reviews to become more useful to music fans than ever before. Does the music sound like something else? The reader can listen to that right away. Has the artist being reviewed been involved in another project previously? Check that out too. Has someone else written something else of interest about the artist? Here it is. You can even listen to the music that you’re reading about, embedded right there in the review. And when you get to the end, just click a link to buy it straight away. This increased engagement is mutually positive for fans, artists and record labels alike.

“The sites and magazines which work best are the expression of a viewpoint, of a community,” says Robin Murray. “Interaction, allowing reply strengthens debate and ultimately the credibility of the site. The writers who thrive will be the ones which foster debate, but the ones who force controversy will ultimately wither as the community turns on them.”

Of course, it’s key that a publication (online or off) is seen as a trusted source by readers. This is not new either, but there are now far more sources of reviews on offer, from major publications to blogs. Writers must establish themselves as an authority and someone who can write engagingly about music. Artists and PR companies must then identify who these writers are and support their work – particularly as there are more of them now than ever before.

“The number of reviews per release online means that few people study just one or two favourite writers for their recommendations – which is what I did as a teenager,” says Mike Diver. “If you get a great review, shout about it! I don’t care how big you think your band is, spread that good word. Recently on the BBC, My Bloody Valentine and Mudhoney self-promoted their reviews – and the hits went up accordingly.”

The most effective result for an artist will be gained by being reviewed by as many trusted reviewers as possible, who will guide and enthuse readers to listen to music they may not have otherwise discovered. A great review can still be the first step to making someone a lifelong fan of an artist or rekindle interest in a forgotten love. 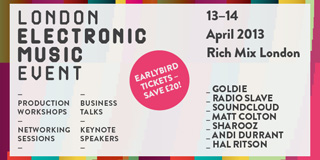