By Outpost MediaNovember 16, 2015 No Comments

With all cylinders firing at Outpost in the run up to the festive season, we thought we’d spoil you with a new update on the successes of our ever-evolving roster of talented clients, from the sensational tones of MOBO Award nominee Julia Biel to the stunning new video from TOYS, featuring ‘Blue Is The Warmest Colour’ knockout actress Adèle Exarchopoulos.

‘Best Jazz’ MOBO Award nominee Julia Biel is preparing to release her new ‘Licence To Be Cruel’ EP, which features her distinctive vocals and gloriously individual approach to melody and phrasing. With a performance at The Royal Albert Hall, a premiere on Prefix Magazine and the backing of the likes of Hype Machine and Musical Melting Pot, who also conducted an interview with the Jazz sensation, Julia’s tracks have been causing quite a stir online. She has enjoyed plays on David Rodigan’s BBC 1Xtra show and a spin from Shaun Keavney on BBC 6Music, whilst she is also nominated for ‘Best Jazz Act’ at the Urban Music Awards, joining Outpost’s own nomination for ‘Best PR Company’.

South Africa’s hottest young DJ/Producer has been exploding back onto the music scene with his blistering new ‘Fire FX’ EP. In the past Muzi has been praised by huge names like Foreign Beggars, Jakwob, Diplo, and The Prodigy as well as Red Bull, i-D, Rinse FM and Skrillex’s label OWLSA. Now the electronic sensation has been making waves with a recently released Noisey documentary alongside MOBO Award winning grime heavyweight Stormzy , filmed in South Africa after the pair met at Nando’s Music Exchange, which Muzi co-hosted with UK chart-topper Example.

November sees the return of multi-talented artist and producer NoMBe, with his new single ‘Kemosabe’. Having garnered praise from the likes of Complex, Majestic Casual and Indie Shuffle, his recent single ‘California Girls’ sent him straight to #1 on both the Spotify US Viral Top 50 and the Hype Machine popular chart. ‘Kemosabe’, which premiered on Wonderland Magazine, has already featured on the likes of Hillydilly, Hypetrak, and Run The Trap, as well as being included on Spin’s  ‘Singles Mix’. It even reached #2 on the Hype Machine popular chart in its first week, only being pipped at the post by Coldplay’s new offering.

French director Louis de Caunes’ accompanying short film to TOYS’ new single ‘Fire’ was produced by ‘Blue Is The Warmest Colour’ knockout actress Adèle Exarchopoulos, who also stars alongside real-life partner, Parisian actor and model Jérémie Laheurte, and has seen huge success online with a premiere on i-D and a feature on Nowness, to name a few.

Finnish electronic duo Phantom are preparing to release their new single ‘Over’ on 27th November through VILD Recordings. Taken from their forthcoming debut full-length LP, the track follows in the footsteps of their hugely successful previous releases, which brought them attention from the likes of the xx, Majestic Casual, The Guardian, Drowned In Sound, and Edith Bowman.

Outpost Media is once again working with exciting Finnish record label, Youth Control, to release the debut EP of the hugely exciting new wave indie-rock meets electronica duo Terminé.  ‘Sideways’ EP features 3 unique genre-blending original tracks, as well as two undeniably infectious remixes, one of which comes courtesy of disco powerhouse Roisto, whose previous work with Outpost received  premieres on the likes of Thump and Magnetic Mag and was playlisted on Spotify.

Artist, producer and songwriter Fifi Rong, known for her vocals on Madeaux, Phaeleh and Tricky, as well as her recent studio work with Skepta, is preparing to release her new EP, ‘Violently Silently’, on 4th December. The perfect follow-up to her previous releases, which have been praised by the likes of Fortitude, Clash, Fader and The 405, Fifi will showcase the release with a special EP launch at The Garage in Highbury on 24th November.

Atmospheric pop singer-songwriter Sonia Stein has revealed her latest single ‘Baggage’. Already drawing comparisons with the likes of Lana del Rey and Kate Bush, her haunting sound has previously been featured on Clash, Notion, and Wonderland. Co-written and produced by multi-instrumentalist Ben Jones, who has worked with Kelly Rowland and Tinie Tempah, the track has already seen interest from Kaltblut and i-D.

November sees the return of Oslo-based electro-pop duo BLØSH, with their new single ‘Give It Away’, produced by Grammy nominee Øyvind Gundersen. The pair’s infections indie-pop sound has already won them support from the likes of JaJaJa Music, Indie Shuffle, Hillydilly, and Amazing Radio in the past.

One of Dallas’ most exciting hip-hop artists 88 Killa is gearing up to release his dangerously addictive debut EP, ’88 Karats’, set to drop on new independent record label DEFDISCO, whose impressive roster features the likes of hip-hop heavyweights Public Enemy. Killa is a co-founder of the Brain Gang Misfits hip-hop collective, credited as the pioneers of the new ‘Dallas Sound’, whose members include Justus (who recently featured on Dr. Dre’s third studio album, ‘Compton: A Soundtrack’), Blue, The Misfit, female rapper Sam Lao and fellow DEFDISCO signee Ish D.

Up and coming Danish singer/songwriter Emilie Ramirez is releasing her debut single ‘Tranquilizer’. Armed with an experimental style spanning hip-hop, trap, soul and R&B, the single was mastered by music industry legend John Davis, known for working with heavyweights like Lana Del Ray, HAIM, FKA Twigs and U2. In the past Emilie’s sound has received praise from the likes of Fred Perry Subculture and looks set to make waves on its release this month. 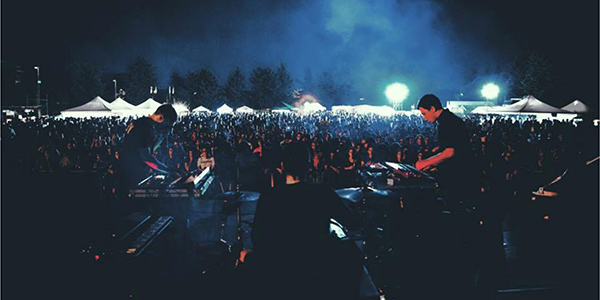