“…each of the tracks on Transatlantic carry that same relaxed coolness with gentle melodies and just the faintest hint of Bonobo-esque broken beats” Complex “…a rare artist with the unique ability to encapsulate entire expansive moods within each transformative track.” EARMILK

“…[Narby] brings forth a warmth in his melodies that is so invited and comforting that you instantly feel welcomed.” Acid Stag

Up and coming producer Gaspar Narby teams up with LEES in his new single, Sleepless, taken from his Collab EP, due out later in the year.

Earning himself respectable stripes for his unique take on downtempo electronica, the new single is another stellar example of the young producer’s ability to create addictive pop tunes.

Led by delicate trap production elements with ethereal textures and dreamlike melodies, the song was written by Gaspar and LEES with sleepless nights over fleeting love in mind, and the stirring single is both downhearted and uplifting, as all good love songs should be.

Gaspar explains, “Sleepless, the EP’s first single, is the third song I write with LEES. She’s one of my closest friends and such a gifted writer; she just knows how to tell vivid stories through catchy melodies. This song is about the beautiful memories that haunt you, the ones you’d like to forget but never want to let go. It’s an uplifting sad song, basically!”

Discussing the Collab EP in further detail, he continues, “Writing my last EP, Transatlantic, was a solitary and introspective process, and I quickly missed the inspiration that collaboration can offer. So I started what became Collab EP. Writing music with someone is one of the purest form of connection I’ve ever felt. The aim was to create a platform for my guests to share their stories, their visions, while keeping a cohesive frame. And I’m so pleased with the balance we stroke! I think each song is a perfect mix of my guests’ world and mine.”
The Collab EP is out on December 11th 2020.

About Gaspar Narby Still a relative newcomer in the scene, the 23-year-old Swiss-born/London-based multi-instrumentalist, songwriter and producer has worked with Claire Faravarjoo (The Voice, France) and rising artist Imogen. Inspired by Bonobo, Sufjan Stevens, and Massive Attack, he fuses downtempo melancholia, pop dazzle, and singer-songwriter spirit with lush arrangements and electronic textures. Since the release of his debut single Home in the Summer of 2017, Gaspar has caught the eye of numerous tastemakers, landing Mixmag’s New Artists in January 2020, as well as blog support from Complex, EARMILK, Acid Stag, Suicide Sheeep, and Spotify Editorial playlist spots including New Music Friday UK, Mellow Mood, Our Generation, and Garden Indie. The collaboration EP will be released later in the year. 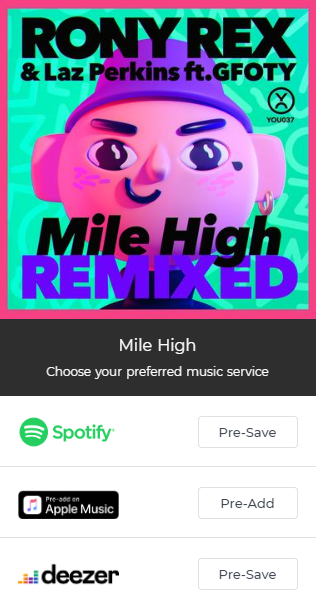