By Outpost MediaFebruary 4, 2013 No Comments

The Guardian, August 2012 – “The now defunct Suvilahti power plant in Helsinki plays host to four days of new music in an impressive industrial landscape of gas cylinders and smoke stacks.”

Now in its tenth year, Finland’s biggest music festival have revealed its international headliners to their growing UK audience. Flow is synonymous with creating an exciting mishmash of musical talent, from old school legends to topical newcomers, Scandia’s finest and a whole host of international talent. This year is no exception. Flow will kick off its opening ceremony with elusive Swedish duo The Knife, ready to unleash their forthcoming album to a hyped festival crowd. Joining them will be Nick Cave & The Bad Seeds, Solange, Mykki Blanco, afro beat hero Ebo Taylor, Karenn (Blawan & Pariah), Azealia Banks, Finnish electro outfit Sarah Kivi & Non Orchestra and Rough Trade’s favourite Swedes, Goat, with many more acts still to be announced. Returning to the historic Suvilahti, a short walk away from the centre of Helsinki, the festival strikes an alluring setting for a few days of blissed-out festival escapism. Held in the shadows of a disused power station built at the turn of the century, the looming location is one of Helsinki’s most monumental architectural sites. Embracing its penchant for urban spaces and modern art, Flow’s venue sets it aside as one of the most exciting and innovative festivals of the summer. Beyond the music, Flow offers a warm embrace of the arts, offering art displays from Scandinavia and abroad as well as showcasing art house film, cinema, lectures and an exceptional array of world spanning cuisine. There’s easily enough to keep attendees occupied, if ever spending a summer weekend in culture hub Helsinki wasn’t enough. In honour of their landmark tenth anniversary, Flow has announced an exclusive 10% off UK ticket prices for adventurous festival-goers in search of something a little different. Flow Festival remains a unique music festival defined by its passions: award winning musical acts, pioneering arts and an ethical mindset. Prepare to be inspired, intrigued and delighted in unexpected ways this August.

Telegraph, 2012 – “This art-filled urban festival, on the site of an old power plant near the city center, is compact, but a lot of thought has gone into creating a variety of colourful entertainment places.” 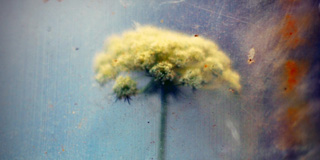