We are pleased to welcome to our roster heavyweight soul providers Fat Freddy’s Drop, who are about to take flight once again with the worldwide release of their new album ‘Blackbird’ on 24th June 2013. ‘Blackbird’ is the third full-length release from the New Zealand band and will see them exceed half-a-million album sales worldwide, the result of playing over 800 shows in their career-to-date. This year, Fat Freddy’s Drop celebrate a decade of European touring and perform a sold out gig at The Village Underground on 26th June. 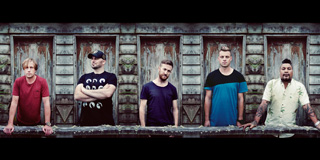