By Outpost MediaJune 6, 2012 No Comments

Dogtanion is the musical guise of Matthew de Kersaint Giraudeau, a musician, film maker and artist based in London.

Matthew mixes electronic music with a folk approach to songwriting. In November 2011, he released the free EP, ‘Switzerland’ showcasing the electronic side to his music, featuring label mates Kerry Leatham, Peter Lyons and Mr James Bright.

Having studied Fine Art at Northumbria University, Matthew’s first musical endeavors led to him to being invited to play at Glastonbury festival. More recently, Matthew has been working with the Red Bull Studios London and recently completed a mix for their ‘Introducing’ series, as well as rehearsing at their studio in preparation for his live shows.

“Where thick haze meets auto-tuned vocals in a way that is a little unsettling, but lovely too, rather like that off-kilter feeling you get if you wake up while still in a dream.” – Dummy Magazine 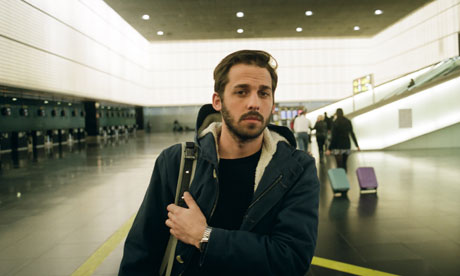