By Outpost MediaSeptember 27, 2016 No Comments

It’s been 31 years since its inception, and over the years, the DMC World DJ Championships has been a pivotal force in unearthing some of the world’s greatest DJ talents. Being slightly average DJs ourselves, we were super excited to head down to the O2 Forum Kentish Town to get the low down on this art form.

Too many Mel, too many many Mel…

After getting acquainted with Outpost’s MD DJ namesake Dr Mel, we decided to take our abundance of natural rhythm and learn how to use it properly at the Poppin’ and Lockin’ workshop, taught by the one and only Popmaster Fabel of the legendary NYC Rocksteady Crew. After Popmaster Fabel, we decided to hang around as The Beatbox Collective were set to teach us all how to sound like a human drum machine. Not usually ones for Beatboxing crews due to the often predictable and cheesesque nature – we were quickly blown away by the talent and charisma of the three members and after a lesson in how to turn “boots” and “cats” into kicks and snares, and create the famous turntable scratch with “error”, we soon fancied ourselves beatboxing pros.

Following a quick trip to the bar, it was probably about time to see some DJing. In the main arena of the Forum, we headed down just in time to catch the semi-finals of the World Supremacy title – the head-to-head aspect of the competition. The battles were brutal, and as you can expect – there was a deluge of technical tricks and beef being thrown back and forth between them. Eventually we were left with the two finalists, DJ Erick Jay from Brazil, and crowd favourite DJ Fummy. Fummy had it all; the swagger, the tricks and he seamlessly floated across the turntables, mixing and scratching through classic tracks such as MC Hammer’s ‘U Can’t Touch This’. But alas, his victory was not meant to be, and to the experienced eyes of the judges they decided that Erick Jay came out on top in this battle – a worthy winner of the title.

After the battle for Supremacy, DJ Woody took to the stage alongside a live drummer and keyboardist, to showcase tunes from his upcoming album. This was a great way to show off the turntable in a different light, and if you ever get the chance to see DJ Woody live, we would definitely recommend it!

It was finally time for the main event, and we took our balcony seats as the ten finalists prepared to scratch their way to the coveted DMC world title in-front of a packed O2 Forum. S-Trix of Germany was first to perform his 6 minute set. Years of continuous practicing had come down to this. Now, in all honesty from the reaction of the crowd it appeared not to be the strongest start to the competition and admittedly he had us scratching our heads at what the next hour will bring us. We remained positive as the order of the finals were determined by their respective elimination round scores.

Highlights came in the form of DJ Basim from Brazil – who’s unashamedly relaxed demeanor made him look like he was giving his vinyl a quick dust – DJ Brace’s slick technical routine, and of course we have to give a mention to the UK’s Ritchie Rufftone who smashed his performance. The eventual winner (spoiler alert), DJ Yuto whose performance wowed everyone in the room, from the complete DJ novices (us) to the most esteemed judges, and was touted by DMC owner Tony Prince as “something we have never seen before”. Big ups to Yuto!

Whilst the judges were deliberating, we were treated to more legendary performances from The Beatbox Collective, whose impossibly realistic sounds made us even more impressed through the Forum sound system; this year’s online team champions DJ Fly and DJ Netik, provided an awe inspiring tandem set, Killa Kela and The Spitkingdom Soundsystem, and with their first London performance in over 20 years, the entertainment was topped off with a pitch perfect set from the Invisibl Skratch Piklz!

All in all the DMC know how to put on a show, and the finals were a great education in the art of turntablism and all things hip-hop. Roll on next year! 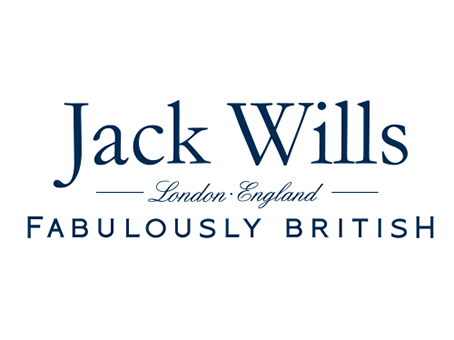