A project that began with throwing a string of small parties, Dekmantel has rapidly grown into an underground success story as a record label, DJ collective and festival. Thomas Martojo and Casper Tielrooij’s main ethos is to showcase the best local and international talent in the underground electronic music scene: one that has seen them top Resident Advisor’s festival charts in both 2014 and 2015, despite the festival only being in its third year.

Unable to resist any longer, The Outpost team headed over to Amsterdam to get up to speed with one of the most credible house and techno festivals in Europe. To avoid a lengthy review of an overwhelmingly good line-up, here’s a little bpm guide to our highlights. (warning: some bpm’s may overlap)

To set the scene, Dekmantel is based in the lush forests and grassy meadows of Amsterdamse Bos, on the outskirts of Amsterdam. With the Dutch being so friendly and helpful, the festival is easy to get to via public transport, or you can cycle alongside the locals. The forest location is small and easy to navigate: it’s the kind of festival where you can lose your friends and find them dancing around a tree with some stranger they became best friends with five minutes ago.

There are five stages, each with their own vibe; the UFO being the most futuristic with its lights, and Red Bull Music Academy’s greenhouse-like Lab being the most green, with its array of bamboo and illuminated willow trees. Armed with Funktion One sound systems, the sound quality throughout is faultless, while the general attention to detail makes the festival seem so seamless. Issuing tokens as festival currency makes queuing for a drink seem like a bad dream, so with the sun shining and a gin cocktail garnished with a rose petal in hand, we know it’s going to be a good one.

Despite being largely a house and techno festival, Dekmantel 2015 left no music stone unturned, with a range of jazz, funk and music from around the world. As the night beckoned on Friday, folks certainly got down in the sunshine as well respected jazz and R&B artist Roy Ayers Ubiquity delivered flawless vocals and summery vibraphone solos with his live band, set perfectly in the Lab. Meanwhile, Saturday saw a 5 hour marathon of non-stop dancing to Latin, funk, afrobeat and disco from Floating Points, Hunee and Antal at The Selectors Stage.

With the weekend promising various shades of house, we had high expectations for Motor City Drum Ensemble following his legendary set at Dekmantel in 2014 – however, it was unfortunately too busy to truly enjoy. On the upside, we were pleasantly surprised by Call Super’s technically impeccable set of unique and interesting music, having never heard of him before. Some of our other favourite moments included dancing to Hessle Audio Trio amongst the foliage at the Lab for 3 hours and ending the festival with a cuddle from Berghain regular and LGBT campaigner Tama Sumo.

One thing Dekmantel did not lack was great techno, in all its many forms. Highlights included pounding DJ sets from Objekt, Blawan and the legend Robert Hood – not to mention Nina Kraviz, who gave us a taste of her new music, a mesmerising light show from Marcel Dettmann and Rødhåd, who had all the bar staff going crazy. For those after something a little softer, there was an outstanding performance from Steffi featuring Virginia’s beautiful live vocals: some of the few women on the line up. Most memorable was Sunday’s live set from Recondite on the main stage, taking us all on a beautiful techno journey away from the sad realisation that the festival was coming to an end for another year…

Verging on the undanceable, Midland’s Arabian melodies and Young Marco’s frenetic African beats epitomised the sheer pace of the festival, which occasionally bordered on unnerving. With head honchos like Ricardo Villalobos and ZIP playing on the main stage early on Friday, Dekmantel certainly threw you into the deep end with little time for warming up. But there was little time for slowing down either, with the party going on long into the night at Amsterdam’s famous cultural hotspot Melkweg. Though tricky to navigate our way there via the expensive and poorly organised shuttle services, we managed to sneak in and throw some shapes anyway.

Overall, Dekmantel certainly lived up to the hype. The day festival stole the show with its wide variety of music and endless energy juxtaposed with intimacy. There was never a dip in interest, forever keeping us on our feet in a magical land of sun and trees…bring on 2016! 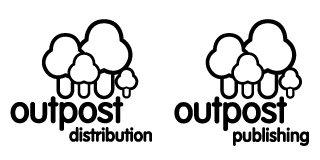