The Norwegian noise-rockers Deathcrush have been causing a storm with the release of their new single ‘Lesson #16 for Beatmaster V/Fun’, which came out 17th March.

The music video has built up a great deal of acclaim, being shown at the SXSW Film Festival, as well as the Berlin Independent Film Festival and the Atlanta Film Festival, where it was nominated for ‘Best Music Video’. The video is available to view below and on Noisey.

The band will be playing on the Drowned in Sound stage at The Great Escape Festival as well as at the Shacklewell Arms in East London on 2nd May. 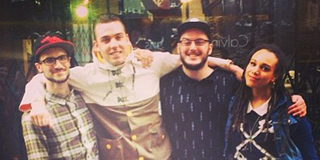