This November, Keysound follow acclaimed albums by LV & Joshua Idehen and Sully with ‘Unity’, the debut album by one of the most distinctive artists to emerge from the UK in recent years, Damu.

Dense sheets of colour and ripples of warm emotion cascade through Damu’s musical vision. It’s an ambitious album, and at an hour in length it’s not necessarily an easy listen, but those with some endeavour will find themselves swept away by the fantasy world that ‘Unity’ inhabits. The steel drum march of ‘L.O.V.E.’, the midnight serenade of ‘After Indigo’, Trim collaboration ‘Ridin the Hype’ and breathtaking closing track ‘Don’t Cry In My Bed’ are only some of the sights you’ll see along the way.

Damu has only had two physical solo releases to date, ‘Ridin’ on Keysound and ‘Mermaid’ on Local Action, but already he’s honed an instantly recognisable sound of his own. His releases have been supported by artists such as Starkey, Sinden, Brodinski, Sbtrkt, Girl Unit, and notably The Streets’ Mike Skinner who selected Damu as one of his “New Faces of UK Dance Music” in his Guardian takeover in February

He’s part of the UK’s underground dance music scene by association, but ‘Unity’ finds Damu thinking much bigger than that, with touches of Air France’s beach-pop, the gloss of major label R’n’B, and subtle nods to the demented psychedelic visions of Wiley and Aphex Twin. It also betrays his classical background, demonstrating knowledge of chord progressions and structural sleight of hand that many of his peers would kill for.

“An extraordinary young producer, I’ll be watching every step he takes in 2011” Mary-Anne Hobbs
“A formidable addition to the stream of forward-thinking dance music that’s been pouring out of Manchester” Altered Zones 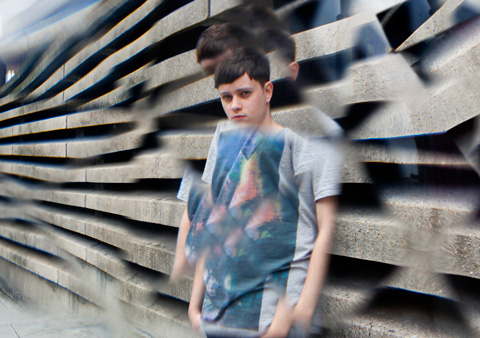