Back again after 20 years, Da Lata are releasing their latest album ‘Fabiola’ through Agogo Records. Chris Franck and Patrick Forge are famed for melding elements of Brazilian and African styles with everything from folk, rock and psychedelia to spoken word and soul. Both can be charged with popularising Brazilian music on an international stage. Their new album ‘Fabiola,’ their first in ten years, is set for release in October 2013 and marks a new era for Da Lata. The album draws on a worldwide family of performers, including appearances by singer and guitarist Luiz Gabriel Lopes from tropicalia band Graveola, Luisa Maita and spoken word and rap artist Rich Medina. Outpost will be working online for the promotion of the album which drops 14th October.

Sam Thomas is releasing his third single, ‘Internal Ether’ from his new album ‘Blind Theatre’ which will also be released via Just Music, a label who have previously discovered and nurtured the early career of Jon Hopkins and Mogwai. A classically trained multi-instrumentalist with a healthy disregard for musical barriers, Sam hovers on a fine line between cinematic post rock and ambient electronics. His acclaimed debut single ‘I’m Gonna Be A Witch’ had the remix treatment by Alt-J’s Thom Green, and was his first commercial remix release. Outpost are working across radio and online.

Having reached number one in their native New Zealand with ‘Delta’, NZ Shapeshifter are now releasing their 5th studio album, in the UK. This elemental, electronic soul outfit have produced their most fearless album yet, building upon their drum and bass heritage while barrelling forward into new territory, unhindered by BPM counts or genre. Previously NZ Shapeshifter have released records through legendry south London drum and bass label, Hospital Records. Outpost are working across online and radio for the promotion of the album which drops 22nd September.

Celebrating their landmark tenth anniversary, Toolroom Records have a host of activities planned for a campaign that will run from the end of July to October. One of the world’s leading dance record labels, Toolroom have released a special edition three disc compilation, mixed by Mark Knight as well as releasing 10 weeks of new music, interviews, features and competitions. Their landmark anniversary celebrations will climax with a grand finale weekend takeover at the Ministry of Sound, London on 4th and 5th October. Outpost are working across print, radio and online.

Mr Bongo are extremely proud to present ‘Brazilian Beats Compilation 7’, a new twenty track compilation exploring a mixture of Brazilian classics, current Bongo favourites and unreleased gems. The album features the likes of Junip, Karol Conka (who is additionally set to release her debut album ‘Batuk Freak’ in 2014), Jackson Conti, Claudia and Zapatta. Also newly re-issued via the label is African rock band Blo’s rare album ‘Chapter One.’ Originally released in 1973, the timeless album mixes mind-expanding psychedelia and funk of late 60’s rock from the Western world. Mr Bongo records started life in 1989 and now 20-something years on, they have an impressive recording roster featuring some of the best Brazilian, Latin, reggae, African and jazz music and artists. Outpost will be working across online, press and radio for all releases.

We are extremely pleased to be collaborating with Radar Music Videos, an award winning, worldwide network, connecting record labels and artists to professional music video directors. Radar Music has been able to collaborate with over 600 major and indie labels, 2,500 artists and 8,000 directors and can count Jessie J amongst their current clients. Radar supports the promotion and commission of exceptional music videos with their biggest success to date being, Alt-J’s multi award-winning ‘Breezeblocks’ video, which currently has over 16 million hits on YouTube.

Check out our new services: 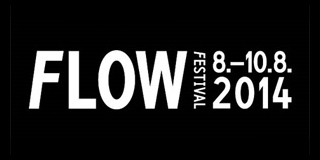