We are proud to be working across press and online for the legendary Modeselektor. Fresh from making their second Moderat album, the duo are set to release ‘We Are Modeselektor,’ a revealing behind the scenes documentary following the history of the two techno beat makers. The DVD reveals the history up to the present day of Gernot and Sebastian by means of numerous interviews with Modeselektor themselves and companions such as the VJs from Pfadfinderei, Ellen Allien and Moderat band colleague Sascha Ring. ‘We Are Modeselektor’ was screened at the historic Roundhouse in London followed by an exclusive performance this past May. Check out the two front covers we achieved with Crack and DJ Mag.

Finland’s largest music and arts festival, Flow, are gearing up for its August showcase which Outpost are working across online and press. This year marks Flow’s tenth anniversary and sees the festival bringing music from old school legends to topical newcomers, Scandinavia’s finest and a whole host of international talent. The latest artist update sees one of the world’s most respected alternative artists today, Cat Power, joining the likes of Grimes, My Bloody Valentine, Bat For Lashes, Hudson Mohawke, Julia Holter, Factory Floor, Woods, Moderat, Ravi Coltrane and Jacco Gardner. Returning to the historic Suvilahti, a disused power plant which is only a short walk away from the centre of Helsinki, the festival embraces its penchant for urban spaces and modern art, setting it aside as one of the most exciting and innovative festivals of the summer.

Heavyweight soul providers Fat Freddy’s Drop are about to take flight once again with the worldwide release of their new album ‘Blackbird’ on 24th June 2013. ‘Blackbird’ is the third full-length release from the New Zealand band and will see the band exceed half-a-million album sales worldwide, the result of playing over 800 shows in their career-to-date. This year, Fat Freddy’s Drop celebrate a decade of European touring and perform a sold out gig at The Village Underground on 26th June. Outpost will be promoting the album across press.

East London’s young dub/punk upstarts, The Skints, are back this summer with the special edition re-release of their album ‘Part & Parcel.’ The album now contains previously unreleased dub inspired gems, produced by the legendary dub aficionado Prince Fatty. To celebrate the release of their special edition album, The Skints have embarked on an extensive UK tour. ‘Part & Parcel’ will be released via Bomber Music on 24th June. Outpost will be promoting the album and tour across online and press.

Mr Bongo are extremely proud to present ‘Funk Globo: The Sound of Neo Baile’, a new compilation which features 14 unreleased and exclusive tracks from worldwide producers that reinterpret the Brazilian Baile Funk sound. Neo Baile is an innovative take on the traditional sounds and aesthetics of Brazil’s Baile Funk (or Funk Carioca) that challenges the established order to create something new, exciting and forward thinking. Mr Bongo records started life in 1989 and now 20-something years on, they have an impressive recording roster featuring some of the best Brazilian, Latin, reggae, African and jazz music and artists. A truly global compilation, ‘Funk Globo: The Sounds of Baile Funk’ is a don’t-miss-it release, out 10th June 2013. Outpost will be working across online, press and radio. 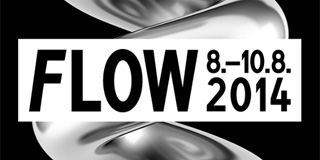