By Outpost MediaSeptember 21, 2011 No Comments

After being slowly handcrafted over the past 11 months, Buraka Som Sistema return to the world of the living on a Halloween night, presenting their much anticipated sophomore album, ‘Komba’: an exploration of the borders between life and death combined with Buraka’s fierce approach.

Komba is an Angolan religious ritual, celebrated seven days after someone passes away, where friends and relatives honour the deceased by drinking their favourite drinks, eating their favourite food, dancing and singing their favourite songs while sharing experiences and telling stories about their life. The irony that the best party of your life happens after you’re dead, and the idea that we should live every day as if it was our last one, sets the common thread for ‘Komba’.

‘Komba’ is an album that fits together perfectly. All songwriting happened over 11 months with the starting point being a one month retreat in the remote woodlands of Monchique in the south of Portugal, from where the band brought dozens of beats and ideas. There they worked alongside friends like Stereotyp where the first sketches of ‘Hangover (Bababa)’ and the trippy 90 bpm song ‘Vem Curtir’ were created. Mixhell contributed to an intense ultra percussive beat that later became Macumba. The experience was so refreshing and unique that some of the music crafted during these four weeks has changed little from the initial demos. With a lot of new music on their hard drives, the band headed out to London’s Red Bull Studios, where guests like Afrikan Boy (‘Eskeleto’) and Roses Gabor (‘(We Stay) Up All Night’) came in to sprinkle the record with their own unique voodoo. With the hard drives running out of space and heads full of ideas, the band came back to Enchufada’s Lisbon headquarters to start refining the final ‘Komba’. Other guests like Terry Lynn and Sara Tavares (‘Voodoo Love’), Kaysha (‘Komba’) and Blaya (‘LOL & POP’ and ‘(We Stay) Up All Night)’, were then invited to help give the album its finishing touches.

Being on the road solidly for three years promoting their highly acclaimed debut album ‘Black Diamond’ has transformed Buraka from what was initially a producer’s idea into a fully fledged band. ‘Komba’ sounds like a band. An album ready to make thousands of people dance in festivals and clubs around the world. Songs like ‘Tira o Pe’ or ‘(We Stay) Up All Night’ have the perfect balance of electronic music and the live performance that Buraka have showcased to their fans in hundreds of shows around the world. The fact that Blaya (one of Buraka’s most explosive live contributors) steps up to do vocals on two songs is the best example of this natural evolution. This shift takes ‘Komba’ one step further on the group’s quest to find their own sound, pushing them further away from diminishing labels like “Progressive Kuduro”. It defines them as being true explorers of the urban lusophone melting pot.

On one of their journeys to South America, the group become fascinated with Sao Paulo’s street art movement. One of the leading characters of this movement – Brazilian artist Stephan Doitschinoff a.k.a. Calma – has views on religious and pagan aspects of South American culture which fused perfectly with ‘Komba’. Calma portrays the mix of spiritual idiosyncrasies in the same way Buraka deals with all their rhythmic influences brought from the West and Africa. For the artwork it was a no brainer to use one of Calma’s most famous paintings.

‘Komba’ is an “access all areas” pass for listeners to see life the same way Buraka does. 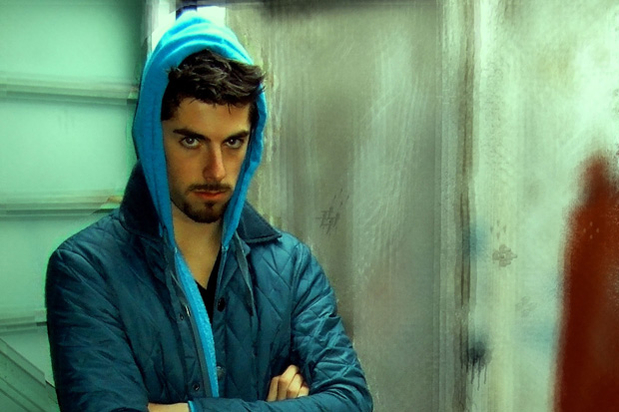