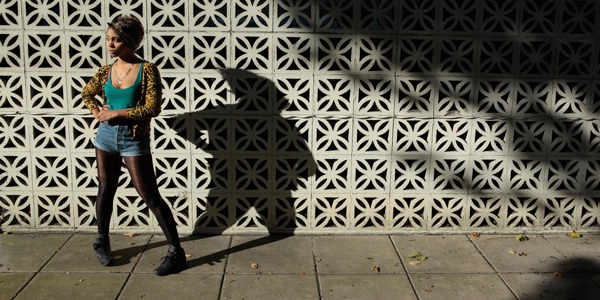 2012 saw the release of ‘Hollie Cook in Dub’, a hypnotising dub rework of her well received eponymous debut album by Prince Fatty.

Outpost were hired to build a multi-channel media campaign across press, radio and online.

Album reviews were seen in Clash, Echoes, The Wire, Q and DJ Mag.

Hollie was also featured in a double page feature for The Sunday Times with Sex Pistol father,Paul Cook as well as appearing in Jocks & Nerds, NME, Company and The Sun.

In 2012, Hollie appeared as a guest on the Roundtable for Steve Lamacq’s BBC 6 Music show and in celebration of Jamaican Independence Day, she was interviewed by Nemone on the BBC 6 Music Breakfast Show.

In the summer, Hollie appeared in a live session on John Kennedy’s XFM Xposure show.

‘In Dub’ received album of the week on BBC Radio Scotland and her single ‘For Me You Are’ was named song of the week by BBC Radio Nottingham.

Alongside Prince Fatty her talented dub producer, Hollie was on the Huey Morgan show for 6 weeks hosting a dub take over section as part of the ‘Sharing is Caring’ feature.

In Spring 2013, Hollie Cook, Prince Fatty, Horseman and The Skints recorded a session at the legendary BBC Maida Vale Studio for Radio 1’s The Punk Show, which was supported by an interview with Prince Fatty –https://soundcloud.com/outpostmedia/sets/bbc-radio-1-maida-vale-session