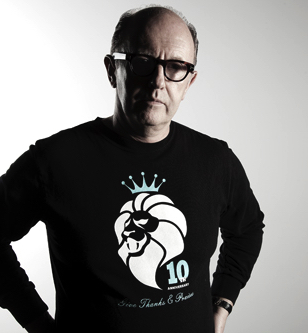 Master of reggae for over 30 years and with an MBE to his name, it is no wonder that David Rodigan was picked to do the prestigious ‘Masterpiece’ series by Ministry of Sound.

Outpost worked across press and online to build upon Rodigan’s already esteemed reputation. The album was reviewed in a range of national broadsheets and music publications, such as Clash, Mixmag, Music Week and many more. Most impressively the album had a three page feature in The Independent, review and interview in Mojo, and a feature, interview and review in DJ Mag.

The ‘Masterpiece’ gained an incredible amount of online attention with the likes of Jocks and Nerdsand Don’t Panic promoting the album via an online competition. FACT, Red Bull, Resident Advisor and XLR8R all posted interviews with Rodigan.

Following this we were able to secure a Soundclash Battle between David Rodigan and Steve Lamacqon the latter’s BBC 6 Music show.